This is a phrase that has now flowed through me more times than I can count. It represented many 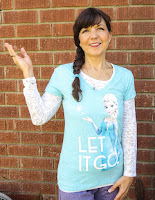 things over the years from letting go of material things, relationships that no longer served, situations I couldn’t change and more. How extremely ironic it was I went to see the movie Frozen in the theatre when it came out. How could sun and warmth loving me so relate to a movie with that title?? Anyone who knows me also knows of my aversion to the snow and cold. Nonetheless, a few who are a bit closer to me understand my connection and the many personal relevancies of that “fairytale”. In fact, my darling niece and great-niece felt inspired to send me an Elsa shirt with “Let It Go” as a cheerful reminder.

Recently I had an incredible, totally unexpected opportunity to “Let It Go” on an infinitely higher level than previously. If someone had described to me the month before my transformation, I would not have believed it and, furthermore, would not have gone. See earlier blog post  If I’d Have Known As is was, I did go full on  - physically and emotionally. To shorten the story to blog post length, I ended up agreeing to accompany a friend on a visit to their mom in the Northeastern region of the US….in the WINTER! What was I thinking?! The whole time I was traveling there, I couldn’t even believe my own actions and wondered what could have possibly possessed me. I entered into an almost altered state of reality. 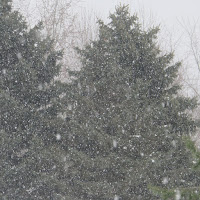 When I first actually saw the “white stuff”, I was in a state of semi-denial. Arriving, there were actually only traces here and there. The next morning dawned a completely different story. Created by a blizzard from the night before, I looked out at what might have been a winter wonderland. 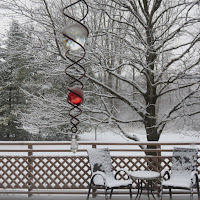 Instead, I recoiled inside and burst into tears. My stomach twisted in knots as my mind played images from long ago like a movie that would not stop. Reliving the painful feelings actually took me quite by surprise. While I knew I didn’t prefer the snow and cold, I thought I had thoroughly dealt with all these old experiences and was at peace with them. Obviously not. I burrowed back into the bed trying to shut it all out. Finally, I got myself together enough to be “sociable”. 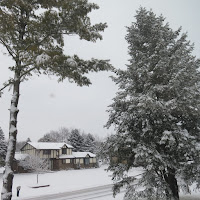 When it was time to go out in the snow, another barrage of distressing emotions were triggered. By the way, going out in it meant the 3 seconds it took from being completely snow bunny bundled from head to toe in a heated house to a heated car. Then, of course, the reverse had to happen at our destination. The miles in between were almost non-existent as I closed my eyes imagining I was somewhere else. As the days went by, I’d open my eyes here and there. But all I saw was ugly and painful. The associations I made with sights and sounds were pretty much all negative. Then one day, I caught myself mentally noting how cute something was on someone’s house. Then something else was beautiful. That day was definitely a breakthrough as I slowly began noticing beauty all around. Finally I even got to the day where I saw the snow itself as glorious and magical. The height of my “healing” came the day I actually played in it. 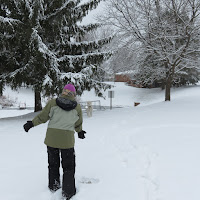 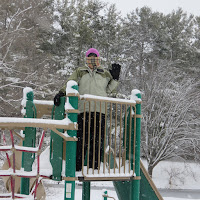 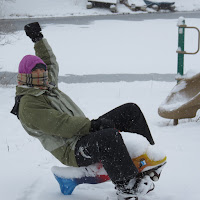 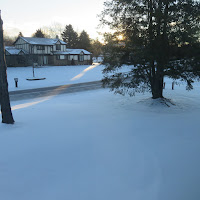 I felt joy as if through the eyes of a child. Yet a wise child. It wasn’t as if nothing had happened before. It was knowing all that had transpired and getting back to the point of innocence, appreciation and wonder. I’d notice the occasional sunlight making the dancing frozen moisture appear as a zillion fairies at play. Crystalline prisms sparkled enchantment….in frozen fractals all around! 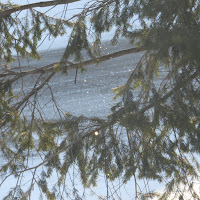 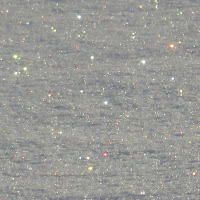 While I definitely wouldn’t have intentionally gone through this
transformational experience, my Wise Self evidently knew something little human me did not. I still am not crazy about being in the snow, do NOT like the cold and am still searching for my secluded dolphin retreat in the tropics. However, the deep dread about being in the cold and snow no longer has its grips on me. “You have no power over me!” This triumphant, awakened phrase from Sarah in the movie The Labyrinth was very poignant both with regard to the snow and old memories as well as what was imminently in store. Unbeknownst to me at the time, I absolutely would need renewed strength to make it through to the other side of the next challenge I unwittingly allowed to totally blindside me ……

Presently, I am going within to determine how and what to share in my next post via a manner that will be for the highest good and edification of all. In the meantime, do you ever feel as if life is pulling you in strange directions? …..like you might have fallen down the Rabbit Hole? Perhaps Wellness Coaching by Phone might assist you on your unique journey? If you’ve ever contemplated the idea, look HERE to decide if you are called to take the next enchanted step.

Here is a link for my Fairy Sparkles video. I could not figure out how to embed it in this blog.... 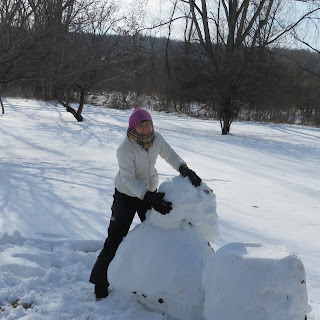