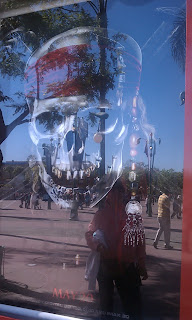 Numerous times throughout this lifetime, I have experiences images, feelings and snippets of my “past lives” or “other dimension” experiences. In early 2009, I had my first “extended embodiment" of myself in another time and space. I was in a Florida gym sweating delightfully on an elliptical trainer. My ears were filled with the music from Pirates of the Caribbean. I became transported to an earlier “me” I’d only seen briefly before. Surprise, surprise, I was a pirate - a girl pirate no less. I had long brown hair, a white somewhat billowy blouse, brown pants and high leather boots. I was also sporting 2 swords in my belt which did not remain there for long. Either a sword fight or sword play ensued as I was not sure if my opponent(s) were friend or foe. All I knew is that I was having a marvelous, skilled, confident, thrilling time. I actually had to work to keep my physical hands (in this realm) on the elliptical handles. My own hands wanted to turn, twist and parry as the vision I was experiencing. Now, in this life experience I have not touched a sword that resembled the ones I deftly wielded in this scene. However, I swear if someone placed one in my hand at that moment I would have known exactly what to do with it.

Fast forward almost a year later under similar circumstances….on elliptical trainer in gym with strains of Pirates of the Caribbean pounding in my ears….this time in CA. Again, I was transported to that dimension that felt more real than the one I was theoretically in. I was again that pirate girl this time aware that I was in some sort of leadership role. A female pirate was less common in those times but in the role of leader….very unusual! I realized I was about to be killed. Not sure if I was on my ship or the land but I was surrounded by my comrades. My “enemies” (not sure why they were so or what I had done) had me firmly by the arms, one on each side. I stood there with an air of grace and confidence as I was aware the purpose of my impending death was to teach my companions a lesson. That being…that death was not something to be feared, simply a transition to another dimension full of beauty and remembrance. Now these tough pirates went into battle with such drive and ferocity some may find that hard to believe. But in the moment they realized they were going to die, they became full of terror due to the numerous horror stories they heard or, possibly worse, fear of the unknown. Then, as in this life, I personally was not big on pain. Miraculously I realized I also could have part of myself remain in that experience and elevate another part of myself to another dimension. As I was run through with the sword I was calm and felt no pain as the crimson liquid quickly spread across my once white blouse. As the rough hands released their grip on my arms, loving arms from behind quickly supported my body and gently laid it on the ground as my spirit moved peacefully on.

Immediately upon coming back to my present life plane, there was the realization that Jesus had done something similar. His message has been so twisted over the years by those who would control and misunderstood by those who really desired to learn from him. He did not endure his passion and death to ransom mankind because we were worthless and deserving of hellfire. He died to show us about transformation and transcendence. He experienced and conquered his own demons teaching us that “this and more we could do”! He passed through the valley of darkness (something many of us experience in our lifetime) and rose again triumphant as an example for us all.
About a week later I had a few more magical pirate girl insights. Understanding was clearer about my “leadership role” although a female. I was a princess in a kingdom somewhere in Europe. I did not like or agree with the rules, the silliness about status and the way many people were treated….more like abused in my opinion. So I slipped away and, with a number of like minded people, became a pirate. We were not pirates in the sense commonly thought of as in pillaging and terrorizing places. It was more of a Robin Hood like mission. The difference being, we did not take from the rich simply because they were rich. The taxes people were required to pay in the way of money, goods and services were exorbitant at that time and unfair since they had to pay on things that should have been theirs already. We simply retrieved money and goods from those that wrongfully took in the first place and returned them to the people.

My shipmates wanted to treat me like a princess but I did not desire the preferential treatment. Most of the time I blended in with my crew although here and there one would defer to me in a way someone who knew would notice. The ship was also operated mostly by mutual group planning and agreement. I can picture them clearly in my mind but don’t know the correct terms for the “rowers”…in I think was the galley ( or is that the kitchen?) Anyway the rowers were all buff, as would be imagined, and most of the time were in a jovial mood in spite of their demanding labor. There were drummers and dancers and comedians to inspire and entertain them. Regularly water was distributed to them as well. Yes, this crew was more like a family than any traditional one by blood.

…….So, I’m sharing this all with a friend and she hears something different in my tale. While I am saying I died in my past life to teach people not to fear death, she hears that I am here right now to teach people not to fear living. So many people are afraid to truly live for so many reasons. Some are caught up in the false sense of security of staying in a current job they don’t like. Others are afraid of moving since they’ve lived in one place, state or country for so long, the uncertainty of another location that may be “calling” them goes unheeded. There are so many adventures, hobbies, dreams, “risks”, catching dust in the back of their minds held hostage by their fears. Indeed, many people are only existing instead of being fully alive and living. 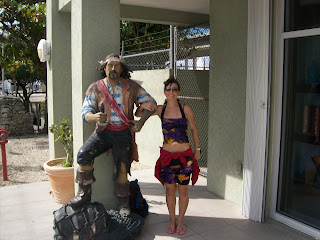 I am still musing about what she said as part of it resonates with me. At this time, I am looking for the door to walk through to see how it may become part of my joyous reality.
Perhaps Telephone Wellness Coaching is one of the pathways. Check out http://www.universalwellness.us/services/telephone_coaching.asp and see if it calls to you.

Blessings and Joy on Your Journey ~
Michelle
Posted by Michelle Hazlewood at March 03, 2011