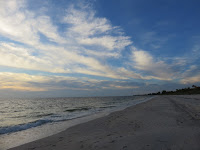 It’s been 5 or 6 times now that I have “left” Florida. In all the previous departures, upon leaving Casey Key, I was filled with sadness and tears as I bid farewell.


Some of you know I ran on Casey Key almost every morning. Well….ran/walked. I’d run out to a certain point, usually 3 miles, then walk back drinking in the beauty and experiences of nature. Almost always my run would be in the darkness before dawn while my walk was crowned by the gorgeous sunrise. Along with my 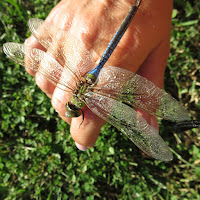 enchantment in witnessing this glorious transition (and the temperature), I loved the solitude this time of day gifted me. Frolicking dolphins entertained me with their antics. At times, they provided escort services and once I swam with lone finned friend. Turtle season brought a new wave of babies of which I probably got to see 50 -75. It was my privilege to personally rescue dozens too. Osprey, heron, and other seabird varieties were ever present both before and after dawn. Magic presented in the form of shooting stars, dragonflies on gossamer wing and sparkling rainbows. On a final visit, an exquisite, inch long baby sea horse presented me a parting magical experience.

When engaged in my daily ritual, I experienced a different Casey Key than most perceive. Often I 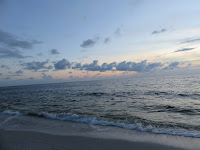 moved along this Island that did not bear the name Casey Key. It was sprawling with lush tropical vegetation sans all the houses there now. Frequently I was transported to this scene I first experienced in 2005. It was the first time I’d been in Florida and stepped on Casey Key in this human form. Words cannot adequately describe the “event” I felt. It was as if I was in a swirling vortex of energy, then had a profound feeling of remembrance……same place different time. The words and feeling, “I’m back” rang through me and have been echoed many times since. I really don’t know “when” I was there before….if I was a native in a past life or what but I was definitely returning somehow….again…and again.

You know, by now, that I follow “signs” and divine inspiration. One day I was walking back “smelling the seashells” and I hear a monster mosquito. Ok, it really wasn’t a mosquito, it was a motor of some sort. Looking up I couldn’t believe what I was seeing….a large unmanned craft, rectangular with 4 propellers on each corner, flying low along the shoreline.  As I come back to the sea every day for the solitude to refresh and renew, this gross invasion of the sacred mood was keenly noted. The very next day, I observed a strange glass tubular object protruding from the sand about 4 feet. It had some kind of measuring markings and a small solar panel generating it. What it actually is for I don’t know but the labeling indicating “armed” and “ready to launch” certainly didn’t leave me with very happy thoughts. These two incidents seemed to be the icing on top of the cake pointing to head somewhere else. Once I was very clear about that, an interesting thing happened. I began my process of saying good-bye to Casey Key. For the first time there was no sadness…only peace and calm. There was almost a sense of completion and finality. It is as if everything I have come to Florida to give and receive had happened. Since I almost never say never, I can’t be sure I won’t return to Florida but, for now, that’s definitely how it feels. 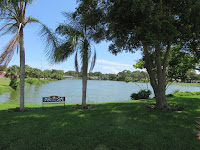 Speaking of things received, I am so grateful to have been the recipient of the kindness of many Florida Earth Angels. Some reading this….you know who you are! On a previous trip, my bike remained with a friend with the message to sell, give away or do whatever he needed with it as I didn’t know if or when I’d ever be back. He was the one that unexpectedly put me up my first night back in Florida. Gleefully I discovered my bike still there just waiting to be reunited with me. Flashing back to my previous time in California….I’d offered my enthusiastic musical nephew my accordion as he indicated interest when my Dad was entertaining us on his. Upon my hunt through my stored items, the realization hit me that it was one of the things I had to part with previously. I had no clue who I gifted it to or in what state it currently resided. As I was having a cheery catch up lunch in Florida with a dear girlfriend of mine, she mentioned that the family still had “my accordion” in their closet. Now it all came back. I’d hoped one of the kids would take a liking to it but, thus far, nada. So I happily repossessed it excited at the prospect of being able to present it to my deserving nephew. In a previous trip from Florida, I took all my items from storage and others who had been kindly holding things for me and drove them across the US in a 16 foot rental truck. Most of it I gave to my daughter and a good portion my daughter was gracious enough to let me store at her place for my future use. It wasn’t until I was unpacking that I realized I didn’t have one item that was quite special to me and a very important part of the intended cargo. My grand shell framed mirror was one of the few items I actually had the time and space to create. “Few” because I have dreamed of making shell creations for years and all the different treasures I’d create to gift and sell. So far I have a shop full….only in my head as the life choices I have made so far aren’t conducive to having a craft room by the sea. Years I’d spent trying to track it down in vain. Planets lined up on this trip for a hero to miraculously get it back into my hands. I had a feeling that all my Florida “loose ends” had been tied up.

Of course there always has to be a cliff hanger….both for you and for me. Another situation arose for me before leaving the state. It may prove to be an exhilarating future adventure. But….that’s a story for another day ;-) 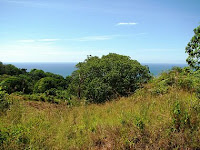 Many of you are aware that I am selling or trading land in Costa Rica. The two lots are in Ojochal – one with an ocean view – near the Osa Peninsula on the beautiful pacific side. Just in case you might know someone…..I am also interested in trading the property for a boat such as here. This particular boat owner wishes to trade for something in Fort Lauderdale Florida. If you know any property owners in Ft. Lauderdale interested in Costa Rica land, perhaps a deal can be done there. Otherwise I’d be interested in connecting with a boat owner similar to the one presented. Also, I have a gentleman interested in potentially acquiring my Pura Vida land for the first hemp luxury retreat. If you are on fb, you can learn more here  If you know anyone who may be interested in joining his venture, I’d be happy to connect you. Who do you know?


As always, I extend to you my fervent gratitude. You are such an important aspect of my journey. Appreciating your warm love and generous support and magically swirling the same back to you!

Posted by Michelle Hazlewood at November 13, 2015 No comments: