Moana - the movie – floated in my awareness before it came out due to previews at least six months prior. However, seeing/hearing/feeling this precious little princess singing How Far I’ll Go is what really fired me up to just have to see it. Like the line where the sky meets the sea……it called me 😉Alas, a crazy series of events prevented me for a while - like many situations in my life! On the waiting list for weeks of the library in Florida, it finally became available two days before my departure. This could have been fine except when I stopped by the library to check if there was anything waiting for me they said no. A call came close to closing time that the DVD had been there but then I was too far away. Debated the various ways I could possibly see it the next day. A bit disappointed, I realized it wouldn’t be peaceful with my planned driving time of 4:00am the following morning. Finally got to watch it for the first time in California with my “perfect daughter”. My senses stirred as I profoundly related on many levels! Later I shared this video with my parents. The result? They wanted to see Moana so we rented and watched together. In Washington, I showed my sis the video during my surprise visit for her birthday so ended up viewing the movie with her and my nephew. Eventually it came out on Netflix and something told me to experience it again. Found out later my sister had re-watched it the same day. Once I see a movie, I generally don’t like to view it again so this was a significant exception.

Meanwhile, in April I got Windi's reading I shared in post I AM HOME which guided me to look for a work exchange in the Hawaiian Islands. Reaching out to my Hawaii connections – about fifty or so, I hoped for a personal need or introduction. Mahalo to all who encouraged with ideas, introductions and bright energy. Nothing viable came to fruition via that avenue so I went the route of social media and craigslist. A number of back and forth communications ensued, yet nothing blossomed. Reluctantly I resorted to a resource I wasn’t thrilled about as you may recall from WORKAWAY – Not So Ethical? Workaway performed with its usual majority of hosts not getting back to me and those that did saying they didn’t need help now even though their profile page indicated they were actively looking at the time. So often I was tempted to make the “wrong” situation work just to make something happen. I’m very thankful I didn’t. 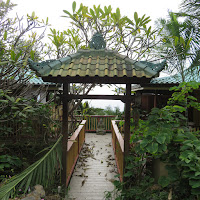 After investing hours on workaway reading through hundreds of host profiles – making notes, I sent a few dozen inquiries. True to prior experience, no one even responded save one who right away politely said he had enough help through January. I sent a second request to 5 who really had positive looking situations. Again, these didn’t pan out. After waiting a while, I spent more hours looking at secondary possibilities and sending more inquiries. One of these resulted in a very strange interaction that could be a whole blog story in itself about a place on Big Island previously known as Whalesong Sanctuary…..but I will Let It Go.

June was puzzling and full of wonder literally and figuratively. Among other activities, there was much puzzle-making with my parents…many colorful, interesting puzzles. There were more birthdays, including Yours Truly, and celebrations. As we know, everything happens for a positive reason. We may not be privy to that reason at the time or ever. I really thought I was going to be in Hawaii by the end of June. As July rolled in I was blessed with three powerful situations which clearly identified themselves as part of the reason I was still in California and not Hawaii. While challenging for those involved, I am grateful and honored for the part I was able to play in assisting.

Back at the Workaway Saga….I sent out a third round of queries. Since these were now not my first choices, I was prepared to be a little flexible with some of my wants. I asked a host(ess) if their place was walking distance to the beach as I was desiring to get back to my morning beach run ritual. Naomi replied promptly indicating it was a 40 minute walk but that beach was rocky although the water could be good for swimming. The are several beaches within a 10 minute drive as well. She left her phone number asking if I’d like to talk. Incidentally, her number included a combination of 4 of my magical numbers see ALOHA  A sign? Of course I wanted to talk! Babycare, midwifery, massage, yoga, meditation, fruit and vegetable garden, nestled in nature? Oh yeah! We seemed to click right away as we spoke although, at the time, neither of us completely realized the wealth we had to offer each other. So many amazing pieces fell perfectly into place one right after another. When I booked my flight there were only 2 seats left – one more than enough for me. From the time of our call to when my travel arrangements were all lined up was about an hour. Total synchronicity!

So July finally found me in Aloha Land. Of course, there will be more to share down the road. Where has Life found you? I am still in range for Telephone Wellness Coaching for those readers in the United States. Whether you live where you are or a traveler like myself, perhaps my gifts can enhance your journey? If wellness guidance seems appropriate for you, our biggest puzzle will probably be coordinating time zones. Swirling much Aloha your way. Mahalo nui loa for all your love and support as we all continue to evolve into Higher Versions of Ourselves!

P.S. Just wanted to remind folks that Freeworlder.com is now live and functional! It is a worldwide “place” of energetic flow. Join today to start giving and receiving….FREELY!!

Posted by Michelle Hazlewood at July 29, 2017 No comments: